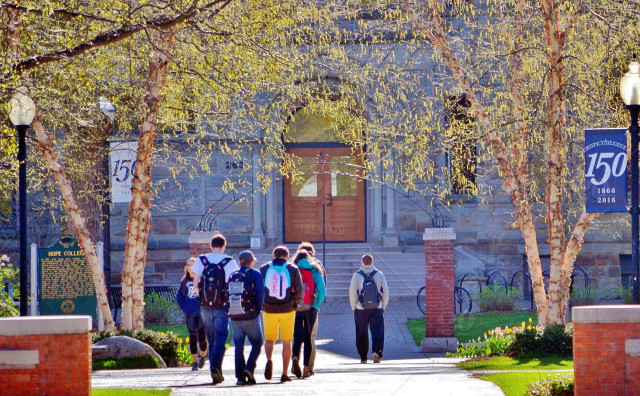 By Deborah Van DuinenMay 21, 2019No Comments

Whether teaching first-year composition or an upper-level workshop, Danticat’s text introduced all of our students to new tools and techniques in the writing process. As they read Danticat and began telling their own stories, students experienced a greater level of freedom to experiment and trusted that their message would come through in their work. They saw, in the ways Danticat told her story, a way through their own complicated lives. By studying Danticat’s ability to write clearly across difficult and intense stories, they witnessed writing as an act of discovery. Danticat’s process helped students feel as if they were figuring out their own questions and stories with Danticat.

In her book Create Dangerously, Danticat affirms this idea of discovery within writing and reading. She writes: “I too sometimes wonder if in the intimate, both solitary and solidarity, union between writers and readers a border can really exist.” Active reading and writing connect the reader and the writer in a communal moment and encourages experiential reading. Thus, when approaching their own essays or written assignments with Danticat’s lyric and multi-genre perspective, students took structural risks, used innovative research and relied on the power of narrative to connect us.

Layered, fractured, and interwoven, the structure used in Brother, I’m Dying is as fluid as memory. Indeed, Dufualt suggests that the nonlinear structure of the book is a result of Danticat writing from the perspective of the “Dyaspora.” The duality inherent within Danticat’s own memory and imagination, and within the narratives of her father and uncle, are a result of occupying two spaces at once. Whether writing traditional research papers exploring immigration, memoirs presenting family histories, or personal essays examining their community, students examined the dualities present in their own topics. Through free writing exercises and small group discussions, they too began to see their subjects as complex and allowed their writing to drift to a space of discovery. This overlapping and braided approach helped students engage in ways that linear structures inhibit.

We saw that our students turned to their own writing with a new sense of awe and imagination. They began asking tough questions, expecting messy answers, and trusting the power of story to help make sense of complicated issues. The heated conversations surrounding immigration during the 2016 national election became much more complicated and difficult to understand than who yelled the loudest on television. They heard the distant and cold policies debated, and saw the direct effects on their neighbors and new friends. This brought a real and palpable urgency to their reading, writing, and discussions.

Our students also began to experiment with research. Students writing research papers on immigration health care saw the value in understanding the various cultural narratives surrounding health and healing. Students writing memoirs drew connections between their family stories and concurrent socio-political events. Those students who chose to bring a literary journalism perspective to community issues blended field reporting with narratives from the community. Throughout this multi-disciplinary research, the power of other’s stories became even more apparent.

We also saw our students become better readers, writers, and thinkers in specific ways related to our individual course goals and outcomes. In the first-year composition course, students pushed themselves to research their own immigration experiences with new critical thinking skills. They found complicated answers to tough questions, and grew comfortable examining opposing ideas by returning to the details of their research. Brother, I’m Dying helped students understand that research could be powerful, personal, and contribute to larger conversations. The community-wide reading program afforded them opportunities to take their reading, writing, and critical thinking skills into the field. It helped them realize that writing can actually connect and examine difficult and important ideas.

In the writing pedagogy course for future teachers, Rob’s students saw themselves as both writers and educators. Their engagement and involvement with the community-wide reading program was truly inspiring. After attending events, the students built grade-appropriate assignments and projects for their future students. These bright students also explored the importance of inviting these programs into their courses. Many students wrote experiential and service learning projects into their syllabi. Further, these teachers and writers studied the conventions of the memoir genre and wrote their own. Along the way, they uncovered the importance and power of telling stories in nonlinear and complex ways.

In the upper level creative non-fiction course, Brother, I’m Dying offered a variety of opportunities to discuss the fundamentals of craft. By studying Danticat’s lyric braid, students began to recognize the struggle, work, and beauty of weaving together the past and the present. They read passages from Danticat’s book, Create Dangerously, and reflected on the importance of sharing stories. These writers found new and complex voices in their own work. They felt encouraged to discover the in-between spaces of their own stories. Students explored their own narratives and identities, writing across race, gender, sexual, and spiritual borders. When they began to braid their histories and stories together, they uncovered the important and hard work of self-discovery through writing.

In the interdisciplinary seminar class for first-year students, Deb’s students read a variety of immigration texts that were told from different perspectives, disciplines, mediums, and genres (e.g. film, memoir, essay, graphic novel, young adult fiction). Drawing on these texts and their experiences in the community, students researched an immigration-related issue of their choice and used multimodal ways to present their findings by creating their own websites that were later shared with the college campus and larger community. Having an audience beyond that of a professor encouraged these students to become more confident in their writing skills and stronger in their desire to advocate for what they learned.